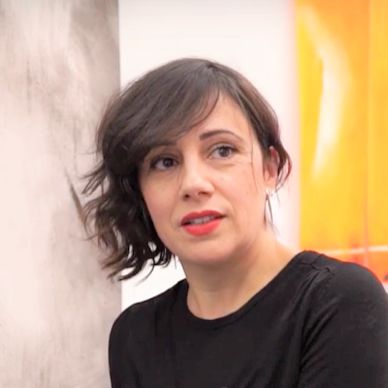 Ana Bonifácio began her professional career in 1999, having started in 2021 her activity as a researcher within the H2020 eMOTIONAL Cities project.

Between 1999 and today, her main work focus has been public policies, territorial development, and the preparation of territorial management instruments. Her professional experience includes the following projects: the ‘Sistema Rio’ (CMLeiria, 1999) which supported Leiria’s strategic plan for the Polis Programme, having integrated the local team of Sociedade LeiriaPolis for the implementation of the entire urban requalification and environmental valorisation operation of the city (2000-2006).

This was followed by the integration of multidisciplinary teams for the development of municipal strategies in Estremoz, Marvão, Portalegre, Alcácer do Sal, including the preparation of applications to the Partnerships for Urban Regeneration (2006-2009). Internationally, the following should be highlighted: project management of the requalification of the seafront of Cidade da Praia (2006-2011); integration of the team of the Plan Directeur d’Aménagement et d’Urbanisme de la Wilaya d’Alger (highlighting the coordination of the Charte des Espaces Publiques); and the project Réhabilitation Urbaine en Médina de Meknès for the EIB (2009-2011).

After the context of public enterprise, she was founder and partner of a company – formerly We Consultants, now Pater – dedicated to the development of programmes, projects and studies of territorial scope, with which she maintains only na occasional collaboration. Of note is the participation in projects such as ClimAdapt.Local (2014-2016); the local operational coordination of the preparation of the Main Options for National Territorial Planning (POOTN), in partnership with LNEC, for the Ministry of Urbanism and Housing of Angola (2014-2017); the participation in PMAAC-AML (2018-2019); and the preparation of the Strategic and Operational Plan for the Optimization of the Mira River (2018-2020).

She was an assistant professor (1999-2008), responsible for the disciplines of Drawing Techniques, Drawing I, II and III, Descriptive Geometry I and II of the Design course at ISHT/ISDOM.

He has written and published several articles (none scientific), from which we can highlight the chronicle “Urban Anxiolytic”. In the last years he has been working multidisciplinary as a freelancer in the fields of urban planning, architecture and also as a visual artist. He is part of the team for the candidacy of Leiria to the European Capital of Culture, simultaneously with his research activity at CEG/IGOT.